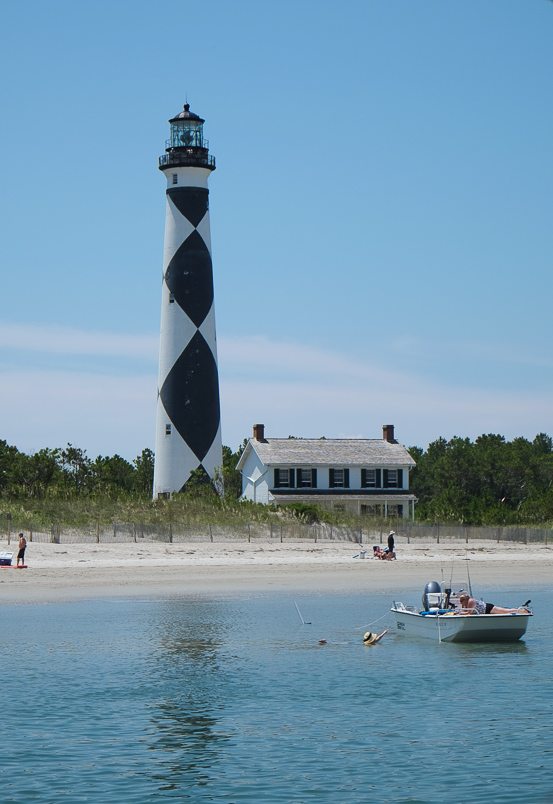 Anyone who is even slightly familiar with the area surrounding Ann Street Inn, here in historic Beaufort North Carolina, surely knows about the nearby lighthouses. From Bodie Island, to Currituck, with Ocracoke and Hatteras alike and not to leave out the closest to us, both physically and in our hearts, the wonderful Cape Lookout lighthouse. Here on the Outer Banks we’re known for these lighthouses as much, if not more so, than the scenery itself. With the area being widely acknowledged as the “Graveyard of the Atlantic”, it’s easy to understand the “why” behind so many calling the OBX home.

With all that being said, it lead to our thoughts of the irony behind one of our most recent visitors to the area, the fine folks of the travel blog: The Guardian. You see, those lighthouses being located both where, and for the aforementioned reasons they are, have also been referred to by some as the Guardians of the Atlantic themselves. So it seemed almost fitting, that sooner rather than later, we were owed a visit from those fine folks of The Guardian. So we won’t get into the points of spoiling their wonderful review of our area, but simply leave the bragging to them. They did a wonderful piece not only on the nearby area but touched on yours truly on the way of their travels as well. It was a pleasure to accommodate and we look forward to hosting them again in the near future, because for all those who have been or live here themselves…we all know the same thing. They’ll be back.

Check out the full article over at The Guardians website: HERE